Ghosts, Playdough, and Tote Bags...OH MY!

Posted by The Craftivist on Monday, October 19, 2009
We've been busily crafting away even while operating the pumpkin stand at full steam.  We've just been crafting by night instead of during the light of day.

First on the agenda, Nicole's lesson in hand sewing. 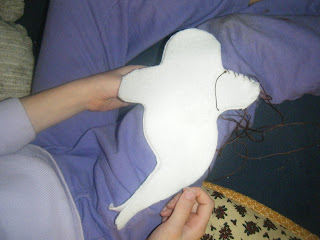 She practiced learning her straight stitch (running stitch) by sewing this ghost.  As you can probably tell she got a little confused and made the first couple stitches with the whip stitch instead of the straight stitch. 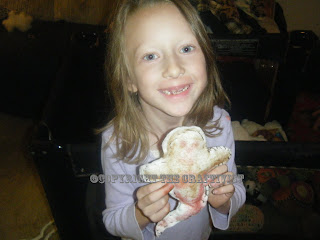 Today we moved on to different, and more colorful, things. 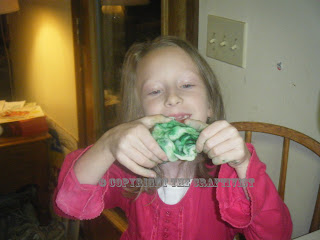 This stuff is so neat, even I was impressed and had to play with it for awhile.

And it's easy to make and inexpensive.  See the recipe below. 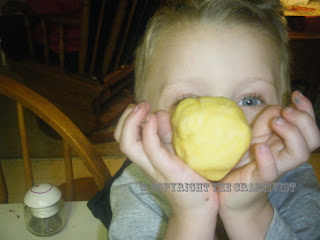 Everything is done in a 2:1 ratio so you can make a bigger batch if you'd like.

It should at this point be the consistency of playdoh. If it's still too sticky, just keep stirring it over the heat a little longer until the right consistency is reached.

Then, take it off the heat. Allow it to cool enough to handle.

Break off several handfuls and form into balls.

When the balls are formed, take your finger and create a little divet in the center.

Put a few drops of food coloring into each little divet and knead the color in until it's uniform. 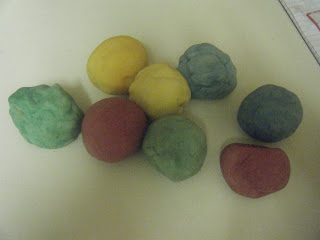 The kids weren't the only one's who were busy.  I completed a small crochet project this week while working at the stand. 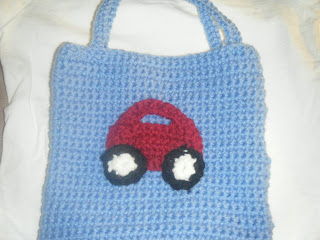 It's a mini (child sized) tote bag. With a little car crochet applique. 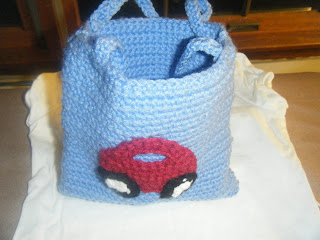 My son likes it so much that I've been thinking of making one with a flower applique for my daughter.