The Chickens Have Landed

Posted by The Craftivist on Thursday, July 11, 2013 / Comments: (0)
A little chicken love to brighten your day! 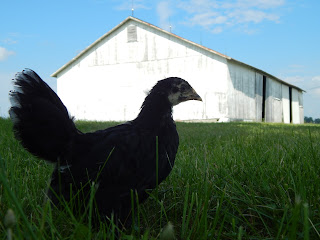 This is one of our marans (we think) sitting out enjoying the sunshine in front of the big barn. 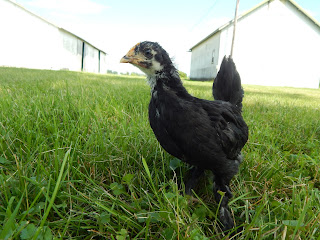 Here she is again. 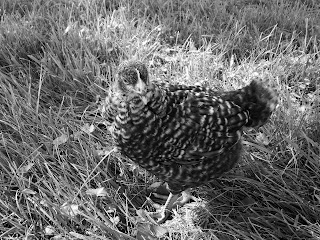 And this one is one of our barred rocks.  She's extremely friendly.  LOVES to perch on my husbands shoulder.

Well that's it for the moment.  Just a little chicken break.  Enjoy it.  :)

Posted by The Craftivist on Friday, July 5, 2013 / Labels: chickens, gardening, homesteading / Comments: (0)
Ok, so I'm a day but I hope your Fourth of July was a good one.  For us, meh...  There was a light drizzle here so our tiny midwestern town decided it might melt if it held it's fireworks display so they postponed it for tonight.  Unfortunately, we didn't get the message and we packed up all the kids in our finest patriotic gear, grabbed the camera, grabbed a picnic basket and headed for the fairgrounds.  At least we didn't feel too dumb, there were several other people there who didn't get the message either.

We spent most of our Fourth of July morning and afternoon working out in the garden planting and weeding and weeding and planting and working on the old Ford tractor that hasn't been run in more than two years.   After hooking the chain up to it and pulling it with the truck around the barn once or twice we were able to get it started and it ran really well.  The only problem with is it refuses to start back up once it's shut down so obviously we need to work on the starter a bit more but just the fact that ol' reliable started up at all and ran for any length of time was a wonderful thing.

The garden itself is doing pretty well.  In the little garden we've attempted a "mostly" no till approach.  The only tilling we have done has been in the planted rows themselves and, considering the small size of this particular garden space, that has only been about six rows all told.  I can honestly say I don't think I'll take a no till approach next year but the garden has grown, we do have celery, chinese lettuce, peppers, broccoli, tomatoes, watermelon and corn popping up.  We even have a musk melon coming up that we didn't even try for. 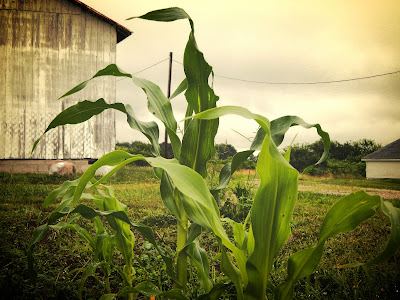 Our summer flowers are starting to bloom. 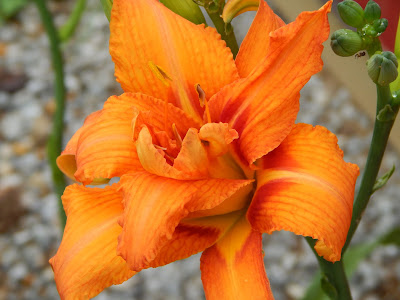 We finally have our chicken coop MOSTLY finished and our girls have been in their new home for about a week now.  They seem to really enjoy it.  We still have a few odds and ends to work on like their window and cutting out the door to their outside pen area and adding a couple more perches but overall it's done.    It's a nice change from the small, portable coop we did have.  This one is secure in the barn and should, hopefully, be much nicer for winter.  The girls seem to really enjoy it. 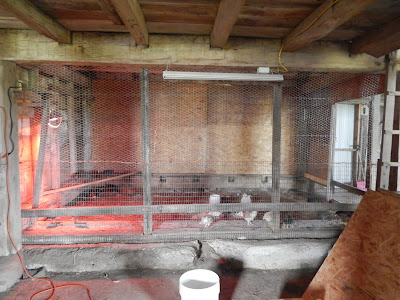 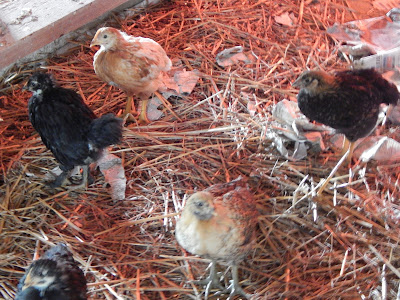 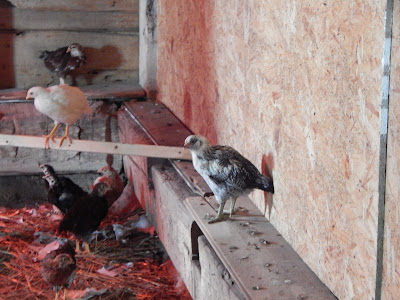 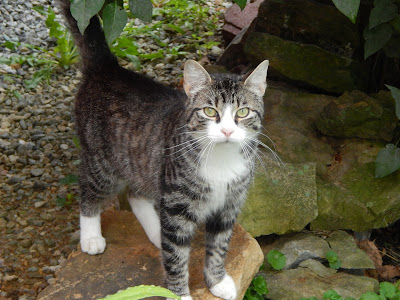 He can watch the chickens in their new space but can't get at them, which he's just not real happy about.  :)
Newer Posts Older Posts Home