On the Homeschooling Front 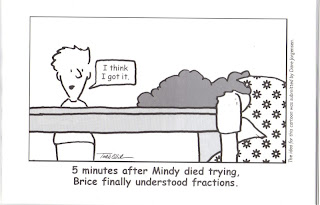 I think homeschooling is tough in January.    For us, January is kind of a blah month anyways but by this point in our homeschooling year the inspiration well is starting to run a little dry, the kids have cabin fever, and it's difficult to get up the motivation to really hunker down and work as opposed to popping some popcorn, making some cocoa, and watching a good movie.  We're hunkering down and "getting her done" anyways, although we have had a couple of movie days here and there.

Oldest is breezing through her OHVA workbooks and online instruction. She's doing really well in reading, struggling a bit in math (I suppose she gets that from her mother) but she's improving.  Her Bible studies are going well and she's loving the art class we signed her up for at the cultural center in town. She's still doing girl scouts and will be visiting the senior citizens center this weekend which she is excited about doing.

Middle is working on reading through the funnix program and really enjoying it. We downloaded a free copy from their website. Which is awesome because the program is usually $249 and with this promotion you get the entire program, both funnix begging reader program and funnix 2 plus the teachers guide, workbook, and stories, for free. I mean, seriously awesome deal.

Middle is doing really well with the math worksheets that we're giving him and his letter writing is coming along really well. He's looking forward to little league in the spring and karate in a couple of weeks. Both oldest and middle are going to see Seussical at the theater tomorrow so they are extremely excited about that.

So, as you can see, even though it gets a bit boring around January, we still have plenty that we are working on.

As far as my knitting goes I finished the intarsia square, YAY!!! I only had to frog it a total of six times but it came out alright in the end. 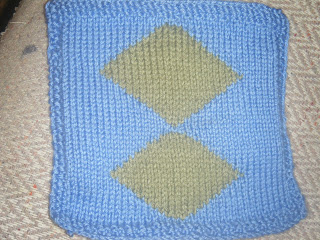 Posted by The Craftivist on Saturday, January 8, 2011 / Labels: crafting, homesteading, Knitting, Sewing / Comments: (0)
Well, after tearing out my knitting twice more since my last post, I'm finally making some decent progress and I admit that I've learned alot about intarsia knitting in the process. 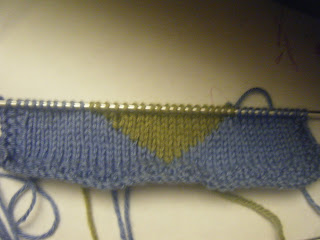 That is what I have done so far.  Hopefully by tomorrow I'll have it nearly completed but that all depends on how much free time I get after church. ﻿
I also made a run to Joann Fabrics today and picked up a really cute "quilt in a box" on clearance.   I have been wanting to make a lap quilt for a good friend of mine for a couple of months now but couldn't find the time to get the fabric and start cutting.  The nice thing about the quilt-in-the-box is that the fabric is all there for me (except the backing fabric and batting but that's no big deal) and it's all cut and ready to go.   Should move fairly quickly from here. 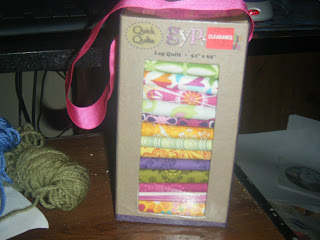 Beyond that we've been starting to look through our seed catalogs and online to start to plan this spring's garden.  I'm thinking that we are only going to add a handful of new items this year including a "flat wonderful" peach tree and some "sugar baby" watermelons.  I can't hardly wait for this snow to disappear so I can get out there and dig!

Posted by The Craftivist on Thursday, January 6, 2011 / Labels: Knitting / Comments: (0)
It's true, knitting charts can't stand me.  I don't really know why but they get a kick out of confusing the crap out of me. You see, for my New Year's resolution for this year was to improve my mad knitting skillz by learning colorwork.  So I started with a knifty little intarsia pattern knit along (KAL) on one of my Ravelry groups. It is a single 9" argyle square pattern with a seed stitch border.  I've been working on it for 2 days.  2 DAYS!!! And this is as far as I've gotten: 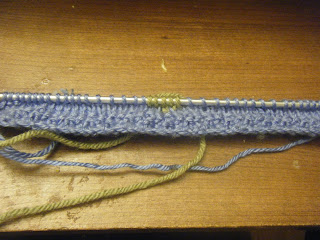 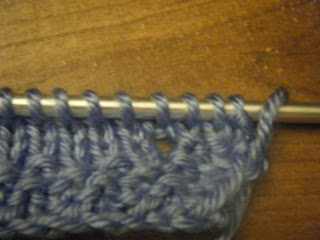 See that little space there about 4 stitches in where you can see the table through the piece?   Yeah, that's not supposed to be there. I also somehow ended up with 2 extra stitches on my needle.  How that happened I have no idea.   Soooo, I decided to frog the whole thing and start all over.   Maybe I'll have better luck this time around.

Yet another craft fail.